Video Directed Got Erected While On Set With A Popular Actress 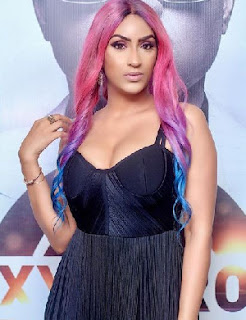 Nollywood actress Juliet Ibrahim has recounted the weirdest moment in her life as an actress.
The curvy movie star in an interview with BBC Pidgin stated that the weirdest moment on set for her was when a movie director she was working with had an erection while they were shooting the movie.
According to the actress, while on set, the producer whom she knew liked her a lot called her aside and told her “look at what you are doing to me”.
She looked down and when saw the bulge in the producer’s trousers, she quickly run away from him.
Speaking on the improvement in Nollywood movies, the actress stated that the industry is indeed growing and the movies are much better than they used to be.

Juliet claimed that some time ago, even though the movies were good, they dwelt too much on witchcraft.
However, the movies coming out now are better and tell our stories instead.
The 33-year old Ghanaian actress has starred in several movies in Nigeria including “30 Days in Atlanta” and “4 Play”