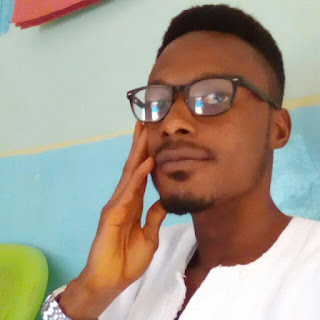 THE NUMEROUS NATURAL RESOURCES THAT OUR NATION IS ENDOWED WITH ARE BLESSING, NOT A CURSE. LET US MAKE THE MOST OUT OF THEM BY ADAPTING BEST PRACTICES.

I am not an expert in mining, neither am I an environmental scientist, but I know how it feels like to be unemployed and unable to make ends meet in the abundance of all the natural resources that our nation is endowed with.
I also know the effects of displacing plants and animals from their natural habitat. I know the negative effects of having our lands degraded. Not forgetting the grave repercussions of having our water bodies polluted to the extent that can compel us as a nation to go into importation of potable water for our domestic, commercial and industrial use in the foreseeable future in the event that nothing urgent is done about the level of water pollution in the country.

It is against this backdrop that I think the fight against galamsey (illegal mining) ought to be done with lots of tact and circumspection.
I have supported the fight against ILLEGAL MINING, whether small or large scale, and I still do in principle. Unfortunately, what is happening right now is not a fight against ILLEGAL MINING, but a fight against SMALL SCALE MINING whether licensed or unlicensed which I cannot subscribe to any longer.
Some researches have estimated about 3000 000 people working in the small scale mining sector, both directly and indirectly, representing little over 11% of our total population.
Again, each person is assumed to have dependents averaging 3 – 4 people. Which means that, at least, 9000 000 people are beneficiaries of small scale mining, representing an excess of 33% of the total population.
It is also imperative to note that, small scale mining is done in 8 out of the 10 administrative regions. It is only Greater Accra and Volta regions that small scale mining in not done.
Let me at this point acknowledge Kenneth Bansah, a mining engineer and a Lecturer at the University of Mines and Technology, Tarkwa, who is also a PhD Candidate at Missouri University of Science and Technology in the United States for the assistance in getting access to those research findings.
These chunk of our population cannot be sent out of jobs under the pretext of fighting illegal mining.

I have had cause to disagree with the approach adapted by the sector Minister, Hon. John Peter Amewu in fighting the menace. And I have expressed that publicly on several occasions and on several platforms. I believe some sort of segregation is needed so as to separate those operating legitimately from the recalcitrant ones who are bent on polluting our rivers, degrading our lands and displacing our plants and animals from their natural habitat without recourse to the operational laws.
We can also not lose sight on the ripple effect that sending all these people out of jobs can have on the economy.
It is estimated that, about 80% of Tarkwa’s economy for instance, is dependent on mining, both formal and informal. (Large scale and small scale respectively).

I have heard some argument emanating from certain quarters that, as it stands now, no one can claim to be operating a small scale mines legitimately because their licenses ought to have been sent to Parliament for an approval which were never done.
This argument is lame and falls flat in the face of logical reasoning.
Whose responsibility was it to have sent those documents to Parliament for an approval?
Why is no one standing trial for negligence of duty?
Why are those people still at post and being paid with the tax payer’s money?
Why are the innocent citizens being held liable for no fault of theirs?
These and many more questions are begging for answers.

I believe God did not give our nation all these mineral resources for us to be poor. It is for our well-being that God put these resources under the ground so we could harness them for our benefit to make life more meaningful for our citizenry.
I, therefore, believe the fight again