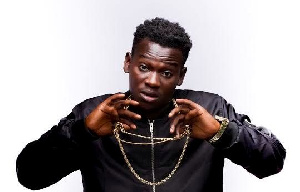 Koo Ntakra born Isaac Akuffo has revealed in an interview monitored by MyNewsGh.com that artise Manager Bulldog Killed his music career. Speaking with Dr. Cann on Happy Fm, Koo Ntakra said Bulldog should be blamed for his dead career because he never delivered what he promised.
According to the Season two winner of MTN hitmaker, Bulldog took GH¢80,0000 from him with the promise of helping him get to the top but dumped him after taking the money. “If not for Bulldog, like I’m popular than Sarkodie, Shatta Wale, and even Medikal among others… but he chopped my GH¢80,000 dumped me and he killed my career”, he said.
Source: mynewsgh.com
7.946527-1.023194
Share