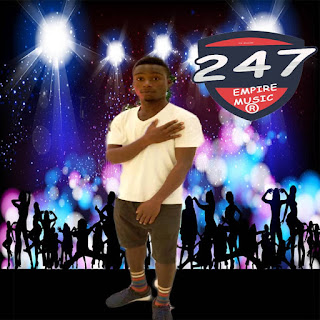 MOUH SAMSUDEEN   BRIGHT (born 2 June 1997) better  known   by  his stage name as LILI BRIGHT. He is an English && Akan Rapper, Songwriter. LIL BRIGHT was born at (Northern Region Ghana, Sawla) in Evergreen Hospital. LIL BRIGHT  is A BRIFOR by tribe, speaks BRIFOR And that’s his Mothers tongue. First found success with the release of his first mixtape call NEW KINGS which packed as number  one hip-hop in northern region was released 4 September 2015 (produced by Echo sounds WA). Since the released of NEW  KINGS, has released  singles like “Backing Me” which was (produced by
Jay EL)  LIL BRIGHT Love Hip-hop and he is putting more effort into it, he is the president 247_Empire_music created by him. He claimed in interviews the main reason he started rapping was due to his introduction to Hip-hop albums by Sarkodie &&M.anifest. LIL BRIGHT went on to study media at T. I Amadiya WA. Graduating in 2018 it was during his period that he worked with most of these famous artist In upper west region  like Kawute, Raphious, Wiz Malik, Cypher and also met QuOBRA BEAT the producer whom he would go on to work with during his time releasing tracks  independently. LIL BRIGHT attended his basic school at Sawla his  home town.He won many inter Schools rap rap competitions for his school ST. Monica. When he was 12 years old. His music can be found in Reverbnation, Google Search , sound cloud.